Perhaps what’s most surprising when looking at vampire TV shows over the past few decades is how much they have in common. Yes, the tone of the show, the powers of the vamps, and most certainly the quality of the acting varies widely, but at the core, the narrative is often the same.

A broody vampire who wishes he could be human again falls for a girl, often because she reminds him of his long lost love from his human days. His competition is a vampire who fully embraces the benefits of his immortal state. Forget moping! What’s the point when you’re a badass? Perhaps the girls are sick of their vampire boyfriend’s whining about not being able to see the sun, or maybe it’s just that the badass vampires are so hot, but their lack of morals and leather-jacket-wearing good looks are usually what both attracts and repulses the heroines.

Let’s take a look at some of these vampire match-ups:

Angel may have mastered a martial art or two and have a propensity for leather trenchcoats, but for the most part, the man broods and broods and then broods some more. Unless of course he turns into Angelus, his soulless “evil vampire” identity, but that doesn’t really count. He mopes about his past, he complains about being unable to see Buffy in the daylight, and he rarely smiles when they’re together. It’s no wonder she looks elsewhere for love.

And if there’s anyone who has embraced the benefits of being a bloodsucker, it’s platinum-blond, swaggering Spike. No moaning about how crappy life is for him; he loves the world. In his own words: “You’ve got people. Billions of people walking around like Happy Meals with legs.” That is, of course, until he falls in love with Buffy. In the seventh season, he gives Angel a run for his money on that Broodiest Vampire title. But when did we love him best? During his most ruthless stage. And it seems Buffy thought so too, even though she knew it was against her best interests. 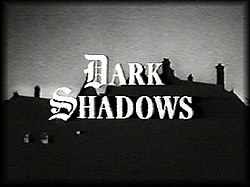 I’ve only seen episodes of the 1991 revival series of the daytime soap that ran from 1966 to 1971, but in my opinion, he is both the broody vampire and the badass vampire in the series. Yes, he thinks it sucks to be a vampire—“Do you really believe that anyone could actually enjoy an existence such as mine?”—but that doesn’t stop him from beating the crap out of his sidekick Willie or changing half the town into vamps. Sure, it’s upsetting, but he can’t help himself. Right…

That’s why he doesn’t need another vampire around to contend for Victoria Winters’ heart. He is his own worst enemy. The “cure” that Dr. Hoffman gives him is spotty at best, and whenever someone discovers his secret…well, off they go! Plus, I’m pretty sure mousy Victoria would not be at all intrigued by any badassery. Apparently, she’s more easily wooed if you point out that your ancestor (who is practically your twin!) had a girlfriend who looked like her. Clearly, that’s the stuff of great romance, looking like someone else.

Even without competition, Barnabas struggles with hiding his true identity, overcoming his guilt for causing his former girlfriend to jump of a cliff to get away from him, and, well, not eating his love interest.

“Sookie.” Such a silly-sounding name…until you hear it coming out of Bill Compton’s mouth. You don’t get much broodier than good ol’ Bill, and he doesn’t even have a pesky soul to blame for it. Thanks to synthetic True Blood, he’s given up feasting on humans, and he has an unhealthy obsession with our favorite human, Ms. Stackhouse. He may be the broodiest of the vampires. At least Angel and Barnabas eventually develop a circle of friends; Bill’s really too much of a downer to attract any pals.

It’s easy to understand why Sookie has dreams about his romantic rival, Eric. She blames it on the connection they have since she drank his blood, but it may also have to do with his Nordic good looks and killer (pun intended) smile. As another leather-jacket-sporting platinum blonde who enjoys the baser side of vampirism, one would imagine he and Spike would be fast friends. I like the idea of them wreaking havoc together at Sunnydale and flirting with Buffy, though I think they would have some authority issues—neither would want to be secondary to the other. They’re both just too badass.

Cue another girl-in-the-present-who-looks-like-girlfriend-of-the-past story. Like Dark Shadows, the show even uses the same actress for both parts, and Stefan and Damon aren’t just competing for the girl in the present, Elena. They also have an underlying rivalry over the girlfriend of the past, Katherine.

Though he may not have found the key to Elena’s heart yet, Damon’s badass ways do charm her and cause her to re-think her relationship with Stefan again and again. Damon has no qualms about feeding from whoever he likes, and he takes a perverse pleasure in wreaking havoc any way he can—physically, emotionally, mentally, he’s not picky. Meanwhile, broody Stefan mopes and frets about what his brother is doing and how it affects Elena and the town.

Of course, these romantic rivals are not the only sets of vampire broods and badasses. On Moonlight, Mick St. John (who falls firmly in the broody camp) has a badass friend who showcases the more hedonistic way of life, Josef. New series The Gates has a married set of badass and broody. Claire Radcliff says she feels bad about killing those pesky humans, but it’s clear she doesn’t. Meanwhile, her hubby Dylan doesn’t have much sympathy for her overwhelming desire for blood; he just whines about it and threatens to take their child and leave.

One wonders why good-hearted vamps can’t be pumped about the fact that they have powers ranging from mind control to super speed that can help them fight the bad guys, and why the bad guys never really seem to mind that they can’t enjoy a sunny day at the beach. And more importantly, you can’t help but wonder: what kind of vampire would you be?

Juliana Weiss-Roessler is not a vampire… yet. She has been writing professionally for 10 years. Currently, she’s an editor for PinkRaygun, a geek girl e-zine, and a food and organic living contributor to Savings.com. She has ghostwritten one sci-fi novel and is now ghostwriting a second one. You can learn more about her writing at WeissRoessler.com or follow her geekery and adventures onTwitter@julweiss.